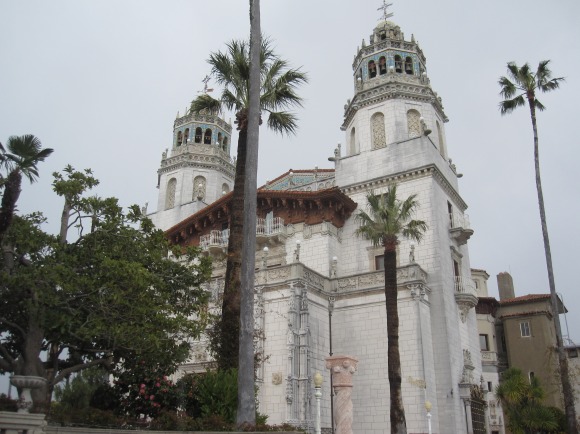 We, filmmakers David Vassar and Sally Kaplan, are now gearing up for CALIFORNIA FOREVER’s next big event!

This screening has meaning for us on multiple levels: It will be the first time that both one-hour programs will screen in California; we spent many days filming up at Hearst Castle – so the place is under our skin in a way we never expected; Destination Cinema, Inc. which played a huge role making this program possible, owns and operates the Giant Screen theater; Nick Franco, a vibrant member of the film’s advisory team, is the Superintendent up at Hearst Castle and will be present at the screening; also as a guest and introductory speaker – Elizabeth Goldstein, Director of California State Parks Foundation will be there; even Mike Kahn, of KQED Presents, our presenting station to PBS, is coming.  And last, but in no way least, many of the films crew members as well as people who appeared in the film will be there to see this labor of love for the very first time – some of which are coming from as far away as Los Angeles and San Francisco. With wine, appetizers, film screening, and all, this is certain to be a quite the “grand” celebration!

Local press coverage has been building up around the event including the event’s host, Mary Golden, appearing on “The Dave Congalton Show” April 11 on KVEC News/Talk Radio to discuss park closures as well as issues raised in the film.  Podcasts of the show will be available at a later date. And on April 18, retired area superintendent Juventino Ortiz was interviewed on KSBY News Television to discuss issues raised in CALIFORNIA FOREVER. Check out the video clip!

Finally, an announcement and article about the upcoming event appeared in the San Luis Obispo Journal. Read the article here.