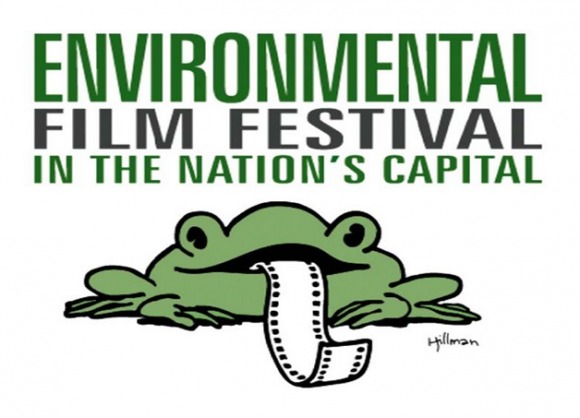 David and Sally are in Washington DC at the Environmental Film Festival with CALIFORNIA FOREVER.  After walking amongst the cherry blossoms in record-breaking 80-degree temperatures, we screened Episode One at the Smithsonian Institution, Museum of American History on Sunday March 18 at 3:00 PM.  Despite the spring day outside, the screening was very well attended; by about 175 people.  David was thrilled to see that his mentor, Benjamin Lawless, who was chief of exhibits at the Smithsonian when David worked there years ago was in the audience!

Both David and Sally, along with the audience, were extremely moved by the introductory remarks to the program by Mark Madison, PhD Historian, National Conservation Training Center and judge as well as founder of the American Conservation Film Festival in West Virginia.  An excerpt of the intro is below – but for now we anxiously await the screening of Episode Two, this evening at the Department of Interior Auditorium.  Stay tuned…

“I have been on the American Conservation Film Festival selection committee for the last 9 years.  In that time, I have probably watched over 1000 environmental films.  At times I feel like I am running a Green Netflix with unlimited DVDs.  As you might imagine, that can make one a bit jaded and it takes a unique vision or story to draw my interest as I watched, increasingly glassy-eyed, nearly 200 films last year.

That was why California Forever was such a pleasant revelation last fall when we screened an earlier version of this film.  David Vassar and Sally Kaplan have created a beautiful tapestry intertwining the national park idea, the state park movement, and the evolving cultural identity of the fastest growing state in the nation.  This is real 3-D, taking three different dimensions and integrating them into one richer more textured vision.  Vassar and Kaplan have created a film as rich and diverse as California itself.  They have reminded us that our public lands and those who create, manage, and film them are a legacy that we have passed on from generation to generation.

Enjoy the film, explore your public lands, and please join all of us on our ongoing, ever-evolving conservation journey…”